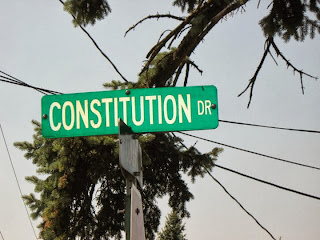 There's an unpaved road located in Allentown, Pennsylvania that has enough tales to make a horror movie. Constitution drive is a rural gravel road located within the city. The road stretches along the top of a hill with a view of the Lehigh river below. Descending the hill the area becomes more desolate and quite dense with trees. Your anxiousness is raised as you maneuver through hair pin turns with a steep drop to your left. The rumbling train blasting their horn does little to ease the tension. This train is one of the reasons tales are told about this mysterious road. 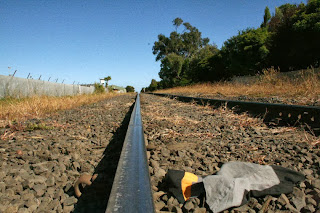 Several decades ago a local man was said to be walking his dogs along these tracks when a passing train struck the man. Instead of killing him, the man was severely maimed and lost one of his legs. The legend claims that the man was left there to fight for his life. His dogs patiently waiting by his side until he eventually passed a few days later.

Locals in the area believe the man and his dogs now haunt the area. Several witnesses have claimed to have seen dog prints in the snow with only one human foot print nearby. 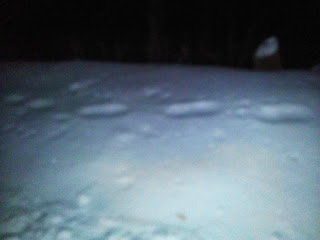 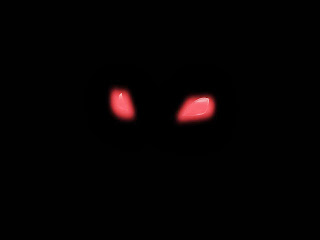 Glowing red eyes have also been spotted in the woods on darkened nights. Others have stated to hearing a loud a whistling sound emanating from the woods in every direction. The whistling noise has been known to be quite melodic and soothing,  as well as dissonant and disturbing. Several paranormal groups have investigated the area and have come up with EVP's as well as some unusual images.

Legless ghosts and red eyed dogs aren't the only things strange going on here either. Many travelers on the road have claimed to have seen a group of maniacal albinos that will terrorize you if you cross their path. They will throw stones at your passing car, and if you breakdown near their property you will surely meet a dreadful fate. The home they occupy is pretty recognizable on the road. It seems to be the most intimidating, a large sign warning you of attack dogs certainly keeps your guard up. 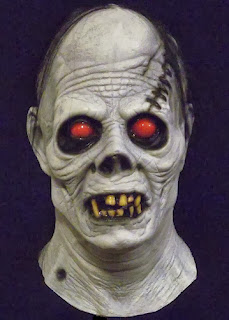 Fortunately while traveling this road one day I had the opportunity to meet the gentleman who owns this suspicious property of deranged albinos. He didn't seem maniacal and certainly wasn't an albino. He was however very friendly and filled me in on a lot of information on how this urban legend about albinos may have originated. He told me the gentleman who owned the property before him housed quite a number of pot bellied pigs. Travelers on the road late at night could easily mistake the pigs for mini albinos. There red eyes glowing through headlights would certainly startle any late night rider on this mysterious road. A few local DJ's added to the hype by telling their listeners about a story of albino people living in the area. This only brought more people and added more speculation.

He also told me how the nearby mountain springs had been used during the prohibition era to produce moonshine. Various undesirables in the area set up camps in the area during this time, while they created their illegal booze. These past activities as well as over hype by locals has led to the strange attraction of many to the desolate road. Sadly that also attracts those with devious intentions. Due to its close proximity to the city, as well as being quite barren. The area has had its share of problems with illegal dumping, but also burglaries, arson, and rape. As for any delirious albino people I don't believe you'll find any here, but that one legged spirit may still be out there whistling in the woods.

Welcome to Outta the Way!

Outta the Way is your guide to places that are - well - out of the way! Places you may not have known about: some of historical note, some a little weird or odd, the abandoned, the macabre, the beautiful. All are unique, and most importantly, inexpensive! We focus mainly on the Mid-Atlantic region of the U.S. Including: Pa., Md., NY., NJ., De., Va., WV.